Tuska is an annual open-air event where heavy metal fans from Finland and abroad get together. This year, Tuska was held for the 20th time, and it still proves to be Finland’s biggest festival if market leadership is measured by the consumption of brewery products (link to Finnish newspaper Iltalehti). There were 12,000 visitors on the second festival day alone, which is a new record for a single day. All in all, the three-day event had around 30,000 visitors.

But we’re not here today to discuss brewery products or attendance. Instead, we want to discuss safety management.

Safety goes along with Tuska

Even when heavy metal is blasting, beer is flowing, and the crowd is thick, disturbances aren’t a problem at Tuska. The festival has a good reputation among the police. “I bet that the festival was again quite dull for the police this year, since there are no mentions about it in our reports. The tradition goes on. And that’s a good thing,” states inspector Arto Laitinen from the Helsinki Police Department, who was interviewed by Iltalehti.

While the organisers set the tone for a safe event, it’s the strong community spirit that makes it happen. Workers, volunteers, and visitors all work toward a common goal, which is to have a fun and safe event.

The sense of community was seen firsthand by our Brazilian Lead Designer Lucas, who has attended the festival. “Last year in Tuska, I participated in a mosh pit, when suddenly I noticed that my wallet was gone. A moment later, a stranger walked to me and handed my wallet back, because I had dropped it. Nothing was taken from the wallet. I don’t believe that I could encounter this kind of behaviour at many other events.” 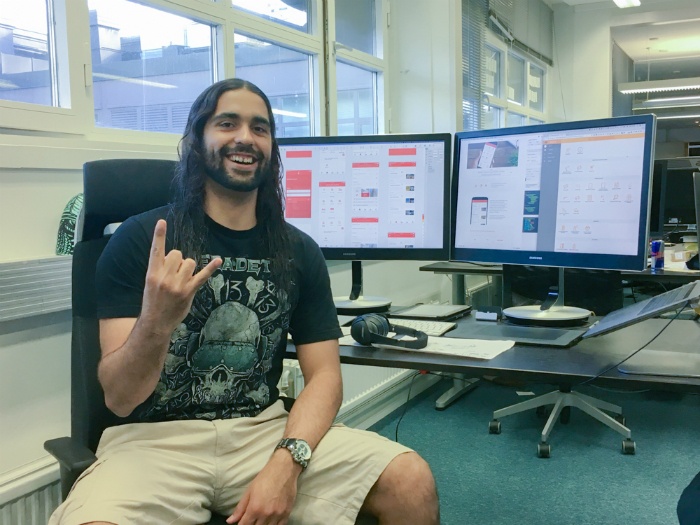 Safety is a sum of many things. It all starts with committed individuals who find safety as a key part of organisation’s culture of operations, just like Tuska’s workers, volunteers, and visitors have adopted safety as an important part of their own actions.

Even though the management team of a company can make a lot of strategic decisions to advance safety, the change does not happen in the ivory towers. It takes the staff’s commitment to ensure that the company’s safety approach shows in the practical work. From a safety manager’s point of view, one of the most important things is to have workers commit to developing safety as part of the daily routine.

The low threshold of observation reporting is the basis of commitment

Basically, the commitment to advancing safety means that workers adopt specific actions and include incident reporting in their daily routine. It’s impossible to intervene with possible problems and threats if the decision-making body doesn’t hear about them. 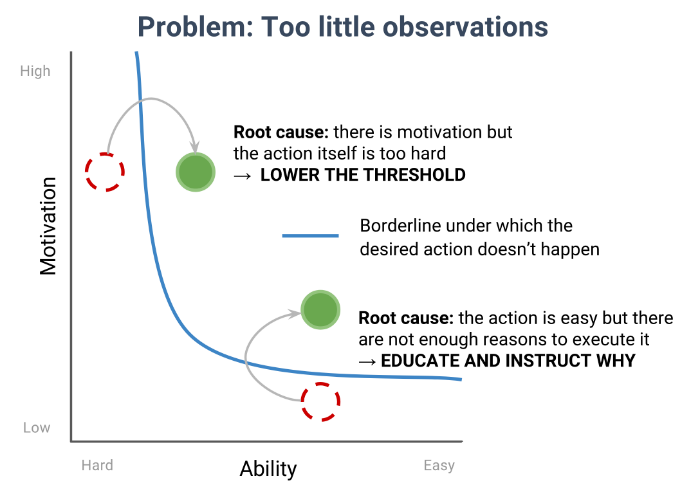 The graph above is made after Fogg Behavior Model, and it demonstrates challenges regarding the commitment of the workers. The difficulty of reporting (ability) can often hinder the commitment. The observations might be logged into a report model that is then emailed to the people in charge of safety. To make conclusions from the observations and the deviations, the collected data must be then analysed with Excel or another computer program. However, an easy action itself doesn’t guarantee the functionality of the whole process. The workers also require education and instruction so that they understand the benefits of the renewed process (motivation).

Bottlenecks in the process may lead to a place where observations are not reported at all or that the information doesn’t end up in the right hands. In both cases, the observations don’t result in learning.

Incident and event reporting is the core know-how of our company. We developed the incy.io app because we wanted to lower the threshold of reporting observations, and to simplify and enhance the reporting process as a whole. If you have any questions about the incy.io application, don’t hesitate to contact us.

If you want to broaden your understanding about why incident and observation reporting matters, check our new blog series about the VUCA framework. If you want a prefer a practical example of how incy.io can be utilised, download the case study of Kämp Collection Hotels:

Why Time Equals Money in HSE Management in Hospitality